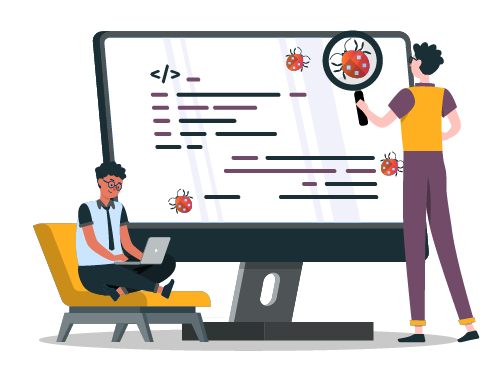 The Goal of Software Testing is to Ensure That What is Created Does What It's Actually Supposed to Do.

Discovering the issues and fixing when something that works when a single user is using at a time but may not work in case of simultaneous usage of the system by multiple users.

Finding and fixing some unconventional bugs that a tester may not encounter but a user may find out.

Testing your system's working and responsiveness on multiple devices, browsers and even operating systems to make it reachable for maximum users.

To deliver the best software/application or product for the end-users and fulfil their expectations.

A strategic approach for software testing must be followed that is planned well in advance and conducted systematically.

Testing initiates at the component level and proceeds towards the integration of the entire computer-based system.

Different testing techniques are adopted at different points in time.

Testing is conducted by the developer of the software as well as by the independent test groups for large projects.